Everyone was talking about the biggest (since “Wall Street Crash”) financial crisis, which badly hit the global economy a few years ago.

Media reported of billions of dollars pumped in collapsing industries, governments were creating pacely huge packages of investments to stimulate the economy, millions of people lost their jobs, countries bankrupted. Inflated without restraint speculative bubble in the U.S. real estates market, the irresponsible actions of the Federal Reserve, poorly designed financial management procedures in banks, and finally, to quote professor Adamus of the Jagiellonian University in Kraków, “greed and fear”, led to the most serious collapse of the global economy since 1929. For the errors of the selfish, the innocent must now pay. One of the industries most affected by the crisis, is the construction industry. Many organizations representing this branch of economy have decided, in the face of sharply falling economic indicators, to implement the policy of radical savings, targeted especially in their own Employees. Some, however, despite difficult market conditions, were able to secure their competitive position, maintain the highest standards of manufactured goods, while ensuring investments aimed at developing human resources. One of the model companies to follow in the construction industry torn by crisis, is ERGON POLAND Sp. z.o.o. - an organization rich with experience.

The History of the Company
ERGON was founded in 1963, in the Flemish town of Lier, between Antwerp and Brussels. Since its inception the organization continues to strengthen its position, widen the area of products and services, implement new projects throughout Europe. The result of the company’s dynamic development was the decision to start building a new manufacturing plant in Mszczonów near Warsaw, in 2000. After only few years of very good performance of the factory, ERGON was able to successfully continue the policy of expansion, which resulted in the opening of a new production plant in Romanian town of Ploiesti in 2006. Two years earlier ERGON Group in Europe was bought by the world’s leading manufacturer of building materials – the Irish company CRH, thanks to which, already amazing technological facilities and extensive “know – how” of the company have been greatly enriched. At the moment, ERGON POLAND Sp. z.o.o. is a leading European manufacturer of prefabricated building components of the ecological, compressed concrete, used in applications as both structural and architectural interest, such as double T–floors, beams for bridges, ceilings, wall panels and hollow core floor slabs, platforms etc. The company is not limited to production activities, but also conducts extensive service activities, containing design, transport and assembly. By constantly widened product range and a fully individual approach to each order, ERGON POLAND Sp. z o.o., even in the post – crisis circumstances, can pursue further projects, requiring even the highest standards of performance.

When the industry slows down / dismisses...
Construction industry, as well as automotive industry and banking sector were, without doubt, the biggest victims of loss of demand, investment withdrawal and general economic collapse.  At a time when many companies were forced to cease operations, ERGON POLAND Sp. z.o.o.has continued to grow and further implements solutions to achieve the company’s most important goal: complete customer satisfaction. The company’s Managing Director, Mr. Maciej Marciniak, explains the reasons for this state of affairs. He emphasises the particular importance of the proper approach to the touchy topic of savings in the industry, which faces serious financial problems. While most companies make budget cuts mainly by reducing employment, ERGON POLAND Sp. z.o.o. adopted a different perspective: in the classification of the priorities of the company, the first place is occupied by the development of the most valuable potential of the organization, which undoubtedly are Employees. “The ERGON crew is very young, not only because of rather short activity of the company in Poland, but also because of age. Consequently, the staff is zeal for work and willing to fight.”, says Director Marciniak, stressing at the same time that the high level of work efficiency would not be possible to maintain, without properly implemented human resources management policy in the organization. The company employs about 150 people, including nearly 20 engineers, responsible, inter alia, for the design and logistics. Therefore, a matter of great importance is to provide the Employees with full safety of the working conditions, as well as satisfaction, also in the non – financial dimension. With the adoption of appropriate corporate governance philosophy, ERGON’s Employees can focus on carrying out their responsibilities and develop their skills. Director Marciniak reveals, in force in the organization, the concept of approach to Employees: “The key is honesty: openness in the discussions even on difficult subjects, keeping the word – it can be determined by respect to a human being in general. We have to economize, cut costs, but human recources are the last area, in which this happens.” This brings us to the heart of the matter. ERGON POLAND Sp. z.o.o. is a company that can flourish in even the most critical circumstances, because it is characterized by an extremely high degree of business acumen, which in practice means other than the classical concept of the company’s value, going far beyond the balance of gains and losses. ERGON POLAND Sp. z o.o., as a modern and aware company, perfectly understands the issue of constructing an appropriate image, just as a substantial part of building the value of the company, as it is understood today. In the twentieth century, the construction of the image was understood primarily as the relevant to the company’s competitive position marketing and advertising activities. Today, far more important is the activity undertaken to protect the environment and the implementation of Corporate Social Responsibility. ERGON POLAND Sp. z.o.o. is something to be proud in these areas: the company boasts an extremely restrictive, internal quality policy, consistent with the theory of Lean Management, implements and continously improves solutions to reduce waste and strictly approaches the issue of the environmental regulations. Moreover, the mere use of compressed concrete is an evidence of the company’s serious treatment of the matter of the ecological aspect of activity of the organization – proper research demonstrated that products made of compressed concrete can be used by more than 100 years. As for the CSR, the company cooperates with Mszczonów, “to promote sports and charity activity”, says Diretor Marciniak. Of course, an important element, allowing to achieve success of the company representing the construction industry are accurate investment in technological facilities and “know – how”. The support of experienced designers from Belgium and Irish managers makes that ERGON POLAND Sp. z o.o. boasts on of the most modern production lines in Europe, greatly increasing the company’s manufacturing potential. Annual production capacity is 120 000 cubic meters of concrete, the factory in Mszczonów is able to produce girders up to 60 meters long and the heaviest element produced so far had a mass of 160 tons ! These few examples perfectly illustrate the great potential of the company, which is able to fulfill every order. The main goal of every organization is to ensure full Customer satisfaction. ERGON is no exception. Maintaining the highest international quality standards, wide assortment, which has a broad selection of modification options, special options for designing and implementing activities, aimed at, for example, a significant increase in the pace of work, professional Customer service procedures and post – sale activities: all these factors combined with an extensive network of dealerships represented by, perfectly prepared to perform their duties, traders, ensure that each contract executed by the company will satisfy even the most stringent requirements of every Customer. The best recommendation of ERGON POLAND Sp. z o.o., are already completed projects. Among the company’s Customers are renowned companies, such as Whirlpool, Michelin, Gilette and IKEA. ERGON’s activity has been adequately appreciated by industry experts, as exemplified by numerous awards granted to the company. The company’s Employees are particularly proud of the “Reliable Employer in Mazovia 2008” title, for the excellent rates of the reliability of employment, including, inter alia, working conditions and timely payment. Director Marciniak boasts also “The Building of the Year 2008” award, in the “Industrial buildings and warehouse facilities” category and the award of the Ministry of Infrastructure in 2009, for prestressed beams for bridges. With such credentials, ERGON POLAND Sp. z o.o. certainly does not have to be worried about its survival, even in the circumstances of the industry’s painful collapse.

Summary
ERGON POLAND Sp. z o.o. proves by its business activity that, despite the unfavorable economic climate, a company can be successful. If only the organization will consistently pursue its development plan and will remain faithful to the philosophy of HR management, we can certainly expect it to strenghten its competitive position in the demanding European market.  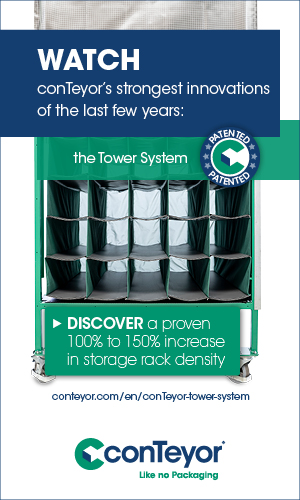 ArcelorMittal completes its sale of a 15% interest in ArcelorMittal Mines Canada for $1.1bn to a Consortium led by POSCO and China Steel Corporation

Universal Center Lathes Takes Efficiency To the Next Level