Abu Dhabi, United Arab Emirates – January 12, 2021: The upscaling of digital technologies presents a host of opportunities for Small Island Developing States (SIDS) to diversify their economies, upscale manufacturing, gain greater access to global value chains, improve disaster preparedness, and solve longstanding issues that have caused a strain to their development. However, other significant obstacles remain, including inadequate digital infrastructure, insufficient training opportunities for women and young people, a growing digital divide, and a lack of data and policy knowledge. That’s according to an expert panel convened by the Global Manufacturing and Industrialisation Summit’s Digital Series on the topic: “How Information and Communication Technologies can foster inclusive and sustainable industrial development in Small Island Developing States”.

Ralf Bredel, Chief, Asia-Pacific Regional Programme, UNIDO, said that SIDS share common challenges such as limited resource bases, long distances to primary markets, and vulnerability to climate change. The United Nations Industrial Development Organization (UNIDO) has been implementing various programmes to address such issues, such as technical cooperation on waste management, building resilience to environmental shocks, and industrial policy advice. “We have examples of successful interventions supporting, for example, e-commerce in different Member States, but we would like to devise specific and scalable interventions in SIDS, including regional projects. In fact, ICT has the potential to help SIDS in overcoming some of the challenges derived from the isolation and remoteness, it can support trade in economic diversification. This is even more true, under the current circumstances with Covid-19 and the current restrictions on people's movements and the heavy blow to SIDS’ economies in their continued reliance on tourism,” said Bredel.

Vanessa Gray, Head of the Division for Least Developed Countries (LDCs), Small Island Developing States (SIDS) and Emergency Telecommunications, International Telecommunication Union (ITU), said that increasing access to information and communication technologies (ICTs) can mitigate many issues in SIDS and help to diversify their economies. She added that innovations such as artificial intelligence, blockchain, drones, and mobile money were enabling progress towards sustainable development in SIDS, but this is constrained by a lack of financial, human, and technical resources. To enable advanced digitalisation, Gray proposed a strengthened regulatory environment, greater competition and spectrum to be added for wireless broadband and other digital services, and for improved data gathering capacities. She also advocated for greater digitalisation to mitigate natural disasters, a common threat to SIDS. “We know that small islands are naturally prone to disasters caused by earthquakes and severe weather events and are being affected by climate change, resulting in increased tropical cyclones, hurricanes, flood and landslides, to name a few. Connectivity can help address these events by providing remote communities with access to early warning systems, real-time weather information, remote sensing and geographic information systems,” she stated.

Gary Jackson, Executive Director, Caribbean Centre for Renewable Energy and Energy Efficiency (CCREEE) said that countries in the region are “pushing the envelope” towards energy efficiency. “We have to ensure that we are doing this in a responsible and appropriate way,” he said. “We are working with them on an integrated resource and resilience plan, a 25 to 30-year plan for the electricity sector as it expands to meet the demands and understand the vulnerabilities in the system, and to become more resilient,” stated Jackson. “We have to recognise that islands don’t have what we call a supergrid, don’t have a lot of interconnections that would give us reliability and availability and that’s what people really want,” said Jackson. “So one of the things we have to consider is how we move towards decentralisation, decarbonisation and some of the things that we need to do to ensure that reliability, availability and affordability are consistent with what people require,” he noted.

Jackson identified a number of issues in terms of digitalising public services and infrastructure in the Caribbean, such as cybersecurity, democratisation, urban-rural connections, and hospital services, as well as the issue of maintaining different generators without increasing costs for consumers. He also added that more partnerships are required between industry and academia.

Michelle Marius, Founder and Publisher, ICT Pulse said that informational gaps are a big problem for digitalisation in the Caribbean, as well as insufficient policy attention on structural issues. “You almost have a situation where we’re just dealing with the most urgent matter, which would be the tip of the iceberg, but the major challenges are the bigger issues that you may not necessarily see, are not being given any or are given limited attention,” she said. “And aa a result, what we then have is a hodgepodge of programmes and initiatives that do not necessarily push us forward in any substantial or meaningful way.” She criticised a lack of joined-up thinking at times, such as programmes to provide school children with tablets without addressing home internet costs. Marius also highlighted a continuing gender gap concerning digital employment. “We do have so many girls and women in the workforce. Many of them, sometimes even in management positions in reputable organisations, but somehow we still have not been able to crack that barrier between women in tech and digital entrepreneurship by women” she noted.

Amjad Umar, Director and Professor of ISEM (Information Systems Engineering and Management) program at Harrisburg University of Science and Technology said that the Fourth Industrial Revolution and digitalisation could yield several gains for SIDS, such as more affordable consumer goods through 3D printing, better monitoring of fisheries through artificial intelligence and satellite imaging, and drones for disaster preparedness. He also stressed the need for customisation and specialised training in harnessing digital manufacturing and services in SIDS. “We know that in many cases, SIDS do not have 3G technologies - they are still at 2G range. So, we specifically designed this plan that produces solutions that would work with very, very low technologies. And I totally agree with the previous statement made that you need to have smart people.  What we do is in those cases we generate tutorials that can be used to train the people. So digitalisation consists of people, processes and technologies,” underlined Umar.

Concluding, moderator Martin Lugmayr, Sustainable Energy Expert, UNIDO, stressed that there is a long way to go towards realising inclusive and sustainable industrial development in SIDS, particularly in light of current circumstances. “Covid-19 recovery must have a long-term perspective, it has to be green, it has to be blue in the case of Small Island Developing States, and it has to be digital,” he said.

The virtual panel discussion was the latest in a new sequence of weekly sessions held by the Global Manufacturing and Industrialisation Summit’s Digital Series, following the Virtual Summit that was held in September 2020. The session is available to watch on-demand at https://bit.ly/2YHVHyY. 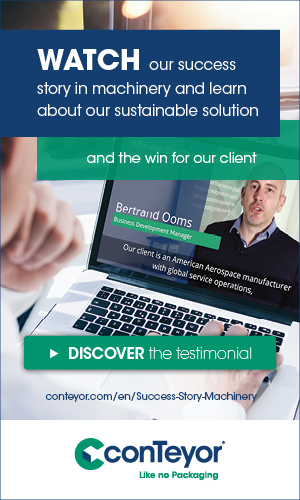 Walki to Demonstrate its Commitment toward Innovation at Moscow Forum