Aliplast Sp. z o. o (LLC) from Lublin has recently become a success story in the Polish aluminium systems industry. They’ve risen to the top thanks to timely investment, made just after Poland’s accession to the EU, right on the brink of the building boom in Poland.

Initial Groundwork
The success story started 8 years ago. In 2002, 2 years before Poland’s accession to the EU, Aliplast NV, a Belgian provider of aluminium systems, arrives in Poland. Trusted since 1984, the business put out feelers first, made contact with the local industry and then proceeded to set up their new branch in Lublin. Belgian capital soon gained support of Polish entrepreneurs, Mr Jan Kidaj and Mr Mieczysław Daniel. Hence Aliplast Sp. z o. o. (LLC) came into being, the sixth company in the holding. The holding itself reserved the right to take 68 % of its shares, the rest being transferred to the Polish partners. The resources thus collected allowed for the first investment: a powder paint shop. The Belgian partners also decided to adjust some of its aluminium systems to parameters recognised in Poland; a condition necessary for every provider willing to cooperate with the local construction industry.

Giant Steps
The beginnings – this should be emphasised – were far from impressive. The business hired 15 people, the whole activity was squeezed into an office and factory floor of less than 100 sqm. Such a state of affairs changed soon, however. A trial version of the business – this is how the initial stages of the business should be called – required patience. The owners biding their time, the watershed came as they expected, soon after Poland’s entry into the EU. “Right at the outset of our activity we had only 2 window & door systems, without necessary certificates. Nowadays we boast 25 such systems, diverse and certified; all of them acknowledged by distinguished architects and design studios. Our R & D department constantly improves existing solutions and comes up with new ideas,” summarises Mr Jan Kidaj, once a co-founder of Aliplast’s Polish branch and now its president. “We’ve achieved growth thanks to a wide assortment of goods on offer and a well-developed distribution network. The boom in construction played a part in it, too. We jump at every opportunity to increase profits,” he adds. Not only the Lublin branch of Aliplast has changed over these 8 years. The holding itself has undergone massive restructuring too, thus turning into Corialis Group, which apart from Aliplast Sp. z o. o. includes Aliplast NV (Belgium), Profils Systems (France), Aliplast China and Smart System (United Kingdom).

Rock-Solid Foundations
Aliplast profiles are primarily used in commercial construction (auto sales outlets, supermarkets, office buildings) and by developers of housing estates. However, it is not only a wide range of solutions that testifies to the company’s position on the market. Equally important are its facilities. Substantial in size, they comprise a modern office building (1,650 sqm) together with warehouse and factory floors (13k sqm), the latter also housing a fully-automated powder-painting line, which turns out as much as 360 sqm of painted profiles per hour. Constructed in the Europark Mielec economic zone, subzone Lublin, the project ate up vast resources: 55 mln PLN in total. The facilities being completed only last year, their production capacity will hardly meet the growing demand of the market. Nevertheless, Aliplast makes hay while the sun shines and a new project is already under way.

Invest for the Future
This year in May the company and the municipal council in Lublin have officially announced the extension of the already existing facilities. “At first we will enlarge our factory floors by 22k sqm. The production area will thus take up a space of 35k sqm in total. Its annual production capacity of 10k tonnes of ready-made profiles, a brand new press will be installed next. Its cost estimated at 35 mln PLN, the line should be operating in June next year. Half a year later we plan to launch a new vertical powder-paint shop, thus spending another 30 mln PLN for the most advanced machinery of this kind in Poland. At the turn of 2012 and 2013 our business is gong to launch yet another press worth 40mln PLN. Hence the final tally tops 100 mln PLN. We have no qualms about spending such a huge amount of money, though, as we know that we do it for the future of our business. There is hardly a better way to meet the fluctuating taste of contemporary clientele – says Mr Kidaj. Aliplast turns out 4,000 of ready-made profiles every year. Only the first press being installed in the newly extended facilities will make the company’s output rise by 2.5 times. The management estimates that the revenue at Aliplast should make approximately 105 mln PLN this year. Upon the completion of the investment in 2014, the business should in turn generate profit of around 400 PLN.

Human Capital
At present the company hires 105 employees. The investment project should create another 140 jobs. “We will need at least 40 people to operate the first press. The new paint shop requires just as many. We will also hire another 60 workers to operate the second press. The number of jobs will rise not only because of the investment in question. We estimate that by 2013 there should be at least 300 people at the company,” says Mr Kidaj. The business needs both engineers and designers, and regular workers, too. First jobseekers have already submitted their application forms. Those admitted will join a well-coordinated team. It is thanks to this team that Aliplast is able to service a host of trusted clients in a professional, prompt and timely manner. It is also thanks to them – the R & D department in particular – that custom-made solutions are being prepared for new customers. The individual approach wouldn’t be possible if it wasn’t for the exchange of ideas within Corialis Group, thanks to which Aliplast can draw upon inspirations that come from as far as Belgium, France and United Kingdom.

Stylish Solutions
Although Aliplast’s offer is based on window & door systems of various thermal insulation properties, the façade systems should be seen as equally important. “Nonetheless, it is a range of roofing profiles for winter gardens that compares most favourably with those of our competitors,” adds Mr Kidaj. As for specific brands, the attention should be paid to Imperial, Superial and McWall systems. Imperial and Superial solutions have been designed for exterior windows and doors as well as shop windows. Available for every type of windows (rotating, casements, folding and sliding) and doors (opening to the inside and outside, having one or two wings), they come with the following: quality fittings, painting in full RAL colour palette, wood-like veneer and varnish, frames and wings of various shape and size. The Superial system is additionally featured by good thermal insulating properties. Finally, a few words on McWall solutions, the façade systems used in the construction of glass building elevations. McWall technology makes it possible to create transparent constructions and glass roofing, which brighten up the interior of a building and make it friendly for its users. It should the company’s catalogue abounds many more novelties of this kind, all of them in compliance with ISO 9001:2008. The business chiefly caters for the Polish building industry (70 % of output). The remaining 30 % is exported to Lithuania, Latvia, Hungary, Sloakia and the Czech Republic. Next distribution channels are to be launched soon in Romania, Bosnia and Scandinavian countries.

Avant-Garde
Present on the market for 8 years, Aliplast has never faced a slump in profits. “We monitor our competitors, but we tend to focus more on the client. Sustainable growth makes another top priority on our agenda,” emphasises Mr Kidaj. At Aliplast actions certainly speak louder than words. Hence a series of awards granted by the Polish Press and authorities:

- Honours in the Wehikuły Czasu (Time Machines) ranking organised by “Gazeta Prawna” together with Dun & Bradstreet rating agency. The list features companies which not only grow rapidly but also make reliable business partners.
- Laureate of Business Leader prize in 2006 organised by the Lublin Chamber of Commerce. Open for every market sector and industry, the contest honours businesses which combine success with respect for their workers, clients and trading partners.
- Gazela Biznesu (Business Gazelle) granted by “Puls Biznesu” daily (Aliplast came 1st in Lublin area in 2006). Every year the newspaper awards the most dynamic small and medium enterprise. The reason being that they create more gross national product than their large counterparts. Prestigious and trusted (impartial judges, participation free of charge), the ranking aims to promote transparent entrepreneurship.
- Laureate of the Diamonds of Forbes 2010 ranking 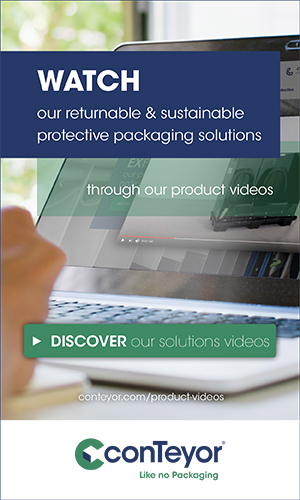 A supplier of reliable and environmentally-friendly household goods - Hajdu

Interview with the director of Expoquimia, the International Chemical Industry Event